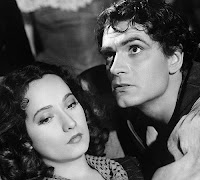 I started writing seriously 16 years ago while I was in chemotherapy for non-Hodgkin's lymphoma, and 18 months later, with my cancer in remission, I started doing volunteer work with a patient support organization associated with the large cancer center where I'd been diagnosed. Every year, they had a huge survivorship conference, which included a number of speakers and a robust book fair with a multi-author book signing reception. When my first two novels were published, I didn't expect to be included because neither was cancer related.

But my third book, Bald in the Land of Big Hair

, was a memoir about how my cancer experience led to my becoming a writer. It was being published by Harper Collins and had stockpiled a host of glowing reviews--all the trades plus many major outlets from People and Entertainment Weekly to the NY Times and London Daily Mail. I was getting fan letters from Germany and South Africa. My speaking agent had booked me into survivorship events all over the country. The PR team reached out to the conference organizers and talked up the homegirl with the big book coming out, hoping for a speaking slot but prepared to settle for a table at the signing.

The event coordinator called and asked if I'd be available during the author's reception. Sure! Thank you so much for including me. On the appointed day, I agonized over my hair, makeup and wardrobe, arrived forty-five minutes early, and introduced myself.

"Thanks for being here," she said, checking her clipboard for my name. "Okay...we have you and two other volunteers in the main reception area. We need you to clear and wipe the tables after people get up. And if you would, please, make sure all the authors have water or whatever else they need."

She went on to gush about some of the fabulous local authors being featured as my liver turned into a searing Kingsford charcoal briquette of humiliation. My professional credentials were as good or better than the featured writers, but I bit my tongue. My professional credentials also include wiping tables (and worse). I certainly don't consider myself above that. I spackled on a happy grimace, and spent the day making sure every author's glass was brimming and every cocktail napkin was whisked away the moment it was crumpled.

I wish I could say I had a lovely time and blah blah blah epiphany!, but c'mon. That sucked. It was demoralizing. It was nonetheless a healthy thing to have happen early in my career, which continued on a terrific trajectory for a few years, then crashed on a desert island and devolved into a baffling series of incomprehensible plot twists, then rose thriving from the ashes (for now), as writing careers are wont to do.

One of the most important things I've learned along the way: humbling happens. Can't get around it. Gotta get over it.

Authors are pressured to self-promote, told we must get ourselves in as many faces as possible, and it sets us up for a stinging slap once in a while, because there's an industry-wide epidemic of in-your-face-fatigue. I'm a busy girl, so I get ice burned on a regular basis. Yesterday, in fact. It wouldn't be circumspect for me to elaborate on the circumstances, but I will offer this brief list of dos and don'ts to keep in mind on those inevitable occasions when ya just can't get no respect.

Don't internalize the diss.
The only thing more corrosive than thinking you're somebody is thinking you're nobody. You have no control over what other people think, so screw--er, I mean...God bless them in their endeavors. Keep your focus on doing what you do.

Do create your own value system.
I hang out with famous people enough to know I don't want to be famous, but sometimes I do wistfully wish certain people thought highly of me as a literary artist. Unfortunately, they don't. They never will. Some value systems don't measure by money or bestseller lists, and I respect that, but I can't afford to be all Heathcliff about it. I have to decide what matters to me and measure my progress accordingly. Personally, I go by these two barometers: joy and money. At the moment, my work is giving me a nice balance of the two, which makes it disappointing but not demoralizing to get ice burned.

Don't keep a list.
Publishing is a very small town, and rancor is a shit-bearing boomerang. I'm not saying you should be anybody's doormat, but keep in mind that 99% of ice burns are without malicious intent. Both Jesus and Buddha said something to the effect of "Let the law of kindness bind your tongue." If you must vent, keep it within a small, lip-zipped circle of supportive friends.

A while back, I was on the phone with a screen legend--a legend with multiple Oscar noms--who told me a book she loved was being made into a movie. She thought she'd do the young director a huge favor and offer to take a small supporting role for a fraction of her usual fare, since it was a small indie film. The director chuckled, and said, "That's sweet of you, but we're casting people with real theatrical chops."

I could hear the shrug in her voice when she summed it up for what it was worth: "Yup. Bitch ice burned me. He's very smart, actually, but he's in his 20s. I'm outside his frame of reference."

I couldn't imagine this actress being outside the frame of reference of anyone who'd attended film school, but it seems to me that her approach is eminently pragmatic: unencumbered by hard feelings, enviably free of insecurity, and taking no satisfaction in the knowledge that--as is often the case--he'd hurt himself more than he'd hurt her.

Jeanna Thornton said…
Joni...I loved this post! A newbie here, but I watch others, how they behave in cold water, fire and blowing wind...I thank you for sharing this! I also loved your third book years ago; You are still brave. I look forward to meeting you sometime with our mutual friend, Colleen. Jeanna (jink willis)
9:00 AM

Colleen Thompson said…
This is such excellent advice. As I've mentioned before, anyone who thinks breaking into the publishing world is going to be the key to self esteem is in for a very rude awakening (and the occasional hard bitch-slap, as people all but line up to cut you down to size, sometimes thoughtfully, sometimes maliciously, and occasionally, with an agenda of their own.) Self-worth has to begin and end with the self, and satisfaction should come out of the creative process rather than its rewards. My key to dealing with the disses is black humor and a tight-lipped smile. Even as it's happening, I think, "I can't *wait* to tell Joni about this yahoo..."

Then we can laugh it off, robbing the flamethrowers, trolls, and clueless of their power to mash us down. Everybody needs a discreet pal like this, preferably another writer because they're the only ones who really get the joke.
9:23 AM

Bonnie Vanak said…
Wonderful advice, Joni and written so graciously. Thank you. You inspire me.
10:48 AM

marjorie said…
My heart started beating faster, my face got red and my mouth got dry as I read this! ACK! You are a model of graciousness.
12:11 PM

Nancy J. Parra said…
This is the best post I've read today. Seriously important. Thanks for writing it. cheers~
2:18 PM