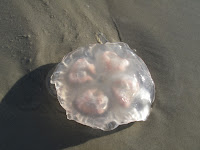 I want to remember this, and so I write it down.

Ted spoke today.  Ted Benfey doesn't often speak up, but when he does, I listen.  Ted is eighty-seven years old, a former chemistry professor--he and I have taught in the same classrooms--and an emigre who as a young boy was lucky enough to escape Hitler's killing machine.  One of the things he taught at our college was the philosophy of chemistry: a field of study which asks us to think not just about how the world is bonded together, but about the very idea of bonding itself.  Ted has been retired now from teaching for many years; his shoulders are stooped, and when he stands in a meeting to speak, he grips the back of the chair in front of him, if one is there.  If not, he stands and folds his hands in front of him, balancing himself from the inside.  His voice is soft, and it shakes slightly.  I should be clear: this is a bit like saying a tree shakes softly.  You don't confuse the delicacy at the edge with the welded rings of the core.

Today Ted stood and gripped the back of the chair in front of him, and this is the story he told, as nearly as I can capture his words, and his lilting voice:

"Today, I am thinking about meditation.  I have practiced meditation for a long time.  When I do so, I do it by focusing on a single sound, or a word; or else I will concentrate only on my breathing, my breath going in and out.  It is very important to me, this meditation, and I am very interested in meditation as a subject.

"But one day, not long ago, something began to happen to me.  I did not only meditate, but I began to think about meditation.  I began to buy books on meditation, and I began reading about meditation.  Then, in the way of things, other people began to recommend books to me, and before I knew it I had quite a pile of books, books about meditation and about other subjects that are also very important.  At about this same time, I became aware of a feeling--a feeling that I had not only so many things to read, but so many, many things to do, so many things that I must do.  I became overwhelmed by this feeling, and began to be quite unwell.  I went to my doctor, and my blood pressure was elevated--it had gone through the roof, in fact--and he put me on medication, and told me that we must do some ultrasound tests to check my internal organs.  At this point, I contacted my sons, who do not live near me--one of them lives in Tokyo, and has done so for a generation now--and I told them what was happening, thinking that I should let them know just in case something was going to take me off to the hospital.  My son in Tokyo wrote back to me right away, and this is what he said:

"It was amazing, the difference this made.  I realized, as I breathed this way, that the books that I had did not have to be read right now.  And that the things that I had to do, they did not have to be done, not right now.  When I went in later on for the ultrasound tests, nothing showed up on them at all.  My blood pressure was normal again, and the doctor congratulated himself that it was the medication that had done it.

"As I breathed in and out again, I remembered things that other people had taught me about breathing.  That, for instance, when we breathe in we have the chance to take in the suffering of the world, of a group or an individual, or maybe of the suffering we are immediately aware of . . . and then we have the chance to breathe out our compassion and love.  This memory came back to me as I breathed, as I concentrated on taking in what I needed.

"When I told my son about this memory that had come to me, he reminded me that the idea that we breathe in the suffering of others and breathe out our compassion for the world is a practice known as Tonglen, and that it has been practiced in India and in Tibet.  And I wasn't at all surprised to hear this.  And then I thought of something else."

". . . out what you no longer need," Ted ended, and sat carefully down, feeling the chair beneath him, while in the room around him the words god, garden and breath danced, forming an unstable compound.

jink willis said…
Mylene, your post was for me! I have been doing just this--taking on too much and feeling overwhelmed and not energetic! I need to breathe in what I need--ONLY. Thank you!! Your words continue to motivate me.
8:03 PM

Mylène said…
Thank you, Jink--and I thank Ted, too (I tried to remember verbatim his narrative--an excellent exercise for writers, by the way). Such a simple idea . . . and yet so necessary.
10:04 PM

Colleen Thompson said…
This is so beautiful, Mylene, and a wonderful reminder. Thank you so much for sharing this gem with us.
10:10 PM