Mommy blogs and memoirs: Where do we draw the line when writing about our kids? 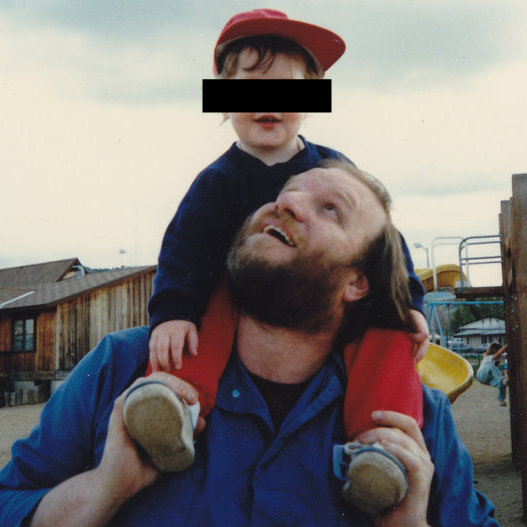 Just saw this excellent piece that appeared in the Atlantic two years ago: The Ethical Implications of Parents Writing About their Kids (Tips for spotting a problematic new genre: parental overshare) by Phoebe Maltz Bovy, who makes many valid points and has a name I would like to steal for a character in a novel.

With the ease of publishing a blog post or even a book these days, there's been a glut of confessional writing, and there's been some internet sturm und drang over this issue. (Do not say "mommmy wars." I will punch the next person who uses the term "mommy wars" or "women's fiction." Do not test me. I will punch you on the arm.)

The way the two sides have been presented reminds me of this amusing anecdote, which really is not about my kids, though they are in it, and they are naked:

When my son and daughter were toddler and infant, I gave my mother-in-law an adorable photo of them in the bathtub. In the photo, my mom is sitting on the closed toilet playing guitar, and the kids are in full song, suds flying everywhere. My mother-in-law pursed her lips, folded the photo in half and said, "I never took naked pictures of my kids. There's enough smut in the world."

Moral of the story: On the one hand, the concept of "overshare" partially depends on the audience; on the other, as the article says, parents are the first line of defense for a child's privacy.

When I wrote a memoir about being a young mommy with cancer (Bald in the Land of Big Hair, HarperCollins 2001), I agonized over what to say and not say about my kids. I had written the book I wished was available to me when I was sick. I hoped it would be a gift to the next young mom in the chemo lounger. But my kids had been through a rotten, rotten couple of years, and I didn't want to traumatize them any further. My husband and I made the difficult decision to hold back the movie rights when interest was expressed by Lifetime. I was in remission, but we were told not to hope for more than five years. We'd been bankrupted by my cancer treatment and needed the money desperately, but we didn't want to force our kids to live with a Hollywood version of our family after my death.

As it played out, I lived (GOFIGHTWIN CHEMO!), and my kids survived being characters in a bestselling memoir. They turned out great and regard me today with all the eye-rolling, long-suffering love most 20-somethings have for their mom. Over the years, I've published maybe 10% of the words I've written about my children. The other 90%, including a full-length memoir called Offspring, I've either destroyed or set aside for them to read after my death, when the decision to publish or not will be theirs. They are entitled to tell their own stories or to keep their experiences private, including the story about growing up with a writer mommy.

Here's the advice I give my ghostwriting clients on memoirs in general:

1) I have the right to tell my own story, but it's not right or reasonable for me to project subtext, motivation or intention on other people who figure in my story, and I can't control the filters readers bring to my work, so I have to consider how the story might land on the adorable-smut-in-the-world spectrum.

2) There's no such thing as a tell-all memoir, nor should there be. When making decisions about what to share and what to keep to yourself, do a cost/benefit analysis: Is telling this story going to cost you or someone you love more than it benefits the reader? It's not fair to tweak the truth in a memoir; if you open that door, you should be prepared to let the reader in, but you're not obligated to share everything. I believe strongly in the art of memoir as cosmic cartography: we each have a tiny piece of the map of human experience, and sharing those disparate fragments, we help others find their way through the same perilous territory. However...

3) Published memoirs should earn their footprint in the world. Why are you telling this story? Are you sharing something new, shining a light on something unexplored, potentially offering a great gift to someone who is lost and afraid or is writing a way for you to process the experience for yourself? Memoir writing is a powerful way to work through a traumatic experience or to find meaning in the grind of everyday life. But not everything that's written -- even if it's beautifully written and took hundreds of hours -- needs to be published. Maybe the gift of this memoir was in the writing.

Not trying to kick a hornets nest. Just my two cents on the topic. Apparently, writer/photographer Penny Guisinger will be doing a panel on this topic at AWP 2016. I suspect it will be well attended.