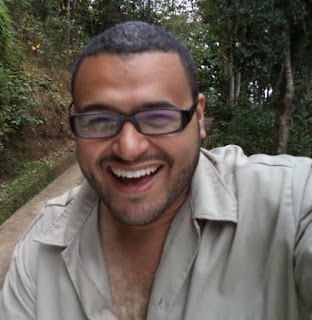 Living in Texas, I've grown used to the image of the Confederate flag on everything from pickup trucks and beer cozies to dorm rooms, children's lunch boxes and baby jammies and onesies. For years, I've just rolled my eyes, assuming that living in the South meant having to accept the Confederate flag as if it's as innocuous and unavoidable as the roadside Cracker Barrel.

Last week, two things changed my mind about that:

The first was this bluntly cogent statement by my nephew, Jared Sacramento, which he posted on his Facebook page:


If you don't IMMEDIATELY recognize why the confederate flag is racist and offensive, then you are completely delusional. "Southern pride"? "Southern heritage"? Why are you proud of your racist ancestors? Why are you proud of the time when America went to war over the right to own and torture people? Why are you proud of the people who kidnapped Africans from their home countries, dragged them here kicking and screaming, murdered them, raped them, whipped them, oppressed them, and if that's not enough, after these people lost the war, they spent the next 100 years openly hunting black people down like dogs to lynch them or beat them to death? I'm sorry if that was your great great grandpa, but he was wrong, and we don't need to keep celebrating that.

In Germany people are ASHAMED of their Nazi ancestors after what they did. Why, 150 years later, is the south still celebrating their worst moment in history? If it's not about racism then why are ALL of the states that fly this flag the most RACIST states in the nation? If it's about "southern heritage" then why don't black southerns fly the confederate flag? If you consider yourself non racist and look at this flag as a symbol of your heritage, you need to get real.

If this is the heritage you're so proud of, then you are a racist. Stop pretending. Stop clinging on to a symbol of hate when we have a beautiful flag you can fly with 50 stars on it that represents ALL of us.

The second is this video of Bree Newsome, possibly the most awesome woman on the earth or 30 feet above it, taking down the Confederate flag posted at the South Carolina statehouse in 1961 in response to the growing civil rights movement. And then it shows her quietly, proudly going to jail for something the rest of us--as voters, as a culture, as decent human beings--should done a long time ago.