By Colleen Thompson March 05, 2013
Sometimes, the race goes not to the ready, but the fearless.

Since 1999, when I was first published, I've seen a lot of wallflowers wither. I've watched the careful planners fail, mainly because--and this is especially true in recent years--the industry never stands still, so any sort of strategic career goal-setting ends up a dart thrown at a moving target, a careening, twirling dervish that blinks into and out of Whovian dimensions.

The people I've seen prosper have tended to be those on the vanguard. The earliest arrivals gain momentum, garnering most of the readership (and profits) that have already dried up by the time the timid come on scene.

Sometimes, of course, the quick-to-leap fail. Splattering against hard surfaces is a very real risk when you're traveling at breakneck speed. Sometimes, too, they churn out substandard work that fails to maintain their momentum. But occasionally, they hit a sweet spot, merging opportunity, sweat equity, and attention to their craft.

By nature, I'm a careful planner. I like my known schedules and comfortable routines as much as I fear failure. But in the coming year, I want to grow less cautious and more adventurous, to toss aside a little of my natural reserve and jump on opportunities when they become apparent. I may end up a small splat along a roadside somewhere, but I'll be forced to adapt, to change, to grow into the kind of writer that I hope will shape my future.

Move, or stagnate. Adapt, or die.

Repeated often enough, might these simple mantras forge a spine of steel?

Today's question: What do you most fear as a writer? How can facing this fear help you to move forward? 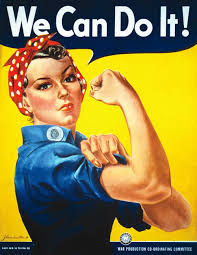 Suzan Harden said…
This comment has been removed by a blog administrator.
11:35 PM

Colleen Thompson said…
This comment has been removed by the author.
7:35 AM