Buy This Book: The Wilding by Benjamin Percy 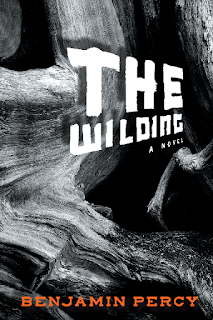 Had to grab Benjamin Percy's novel when I saw this quote from one of my favorite authors, Pam Houston:


“Not your father's eco-novel. In compelling, image-driven prose, Benjamin Percy confounds the old polarities about wilderness and development by sending three generations of men into a doomed canyon, and letting so much hell break loose we can't tell the heroes from the villains-which feels exactly right. This is a dark, sly, honest, pleasing, slip-under-your-skin-and-stay-there kind of a book.”

The starred review in PW chimes in:

) digs into the ambiguous American attitude toward nature as it oscillates between Thoreau's romantic appreciation and sheer gothic horror. The plot...will keep readers rapt as peril descends and split-second decisions come to have lifelong repercussions."

How was I supposed to resist? And I'm glad I didn't. The Wilding

is like Edward Abbey meets Stephen King. The characters are infuriating, scary, complex, full-fleshed. The plot defies synopsis, but it twists around an ill-fated hunting trip undertaken by a high school English teacher, Justin Caves, along with his middle-schooler son and embittered old tyrant father. Things rapidly go uncool, and what ensues is a horror movie waiting to happen. Buy, read, and prepare to Never. Go Camping. Again.

Tune in tomorrow. Benjamin Percy stops by to answer 3Qs about the writing life and this terrific debut novel.