Does this book cover suck? #TellMeTheTruth and get a free book! 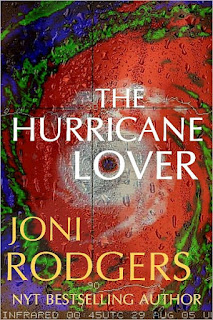 Does this book cover suck?

Seriously. I need to know. So far I've gotten conflicting opinions from a variety of people whose opinions I respect.

What do you think? Email me at jonireaders{at}gmail.com, and I'll flip you the ebook free as a thank you! (Ignore the funky framey thing. The blog does that.) Yes, you get a free book even if you say it sucks. And no, the book does not suck. (I'm pretty sure.)


Here's what it's about:

During the record-smashing hurricane season of 2005, a deadly game of cat and mouse unfolds amidst polarized politics, high-strung Southern families and the worst disaster management goat screw in US history.

As Hurricane Katrina howls toward the ill-prepared city of New Orleans, Dr. Corbin Thibodeaux, a Gulf Coast climatologist and storm risk specialist, struggles to preach the gospel of evacuation, weighed down by the fresh public memory of a spectacularly false alarm a year earlier. Meanwhile, Shay Hoovestahl, a puff piece reporter for the local news, stumbles on the story of con artist who uses chaos following major storms as cover for identity theft and murder. Laying a trap to expose the killer, Shay discovers that Corbin, her former lover, is unwittingly involved, and her plan goes horribly awry as the city's infrastructure crumbles...

You can read the first chapter here on Amazon.

The art of book cover design has fascinated me since I was a kid marveling through the stacks at the library. Check out this incredibly cool collection I spotted on the web site of branding designer David Airey. God pulled my name out of a hat when HarperCollins assigned Chip Kidd to design the cover for my memoir, Bald in the Land of Big Hair.

Really, I've been lucky with in-house designers throughout my traditional publishing career. Only one seriously fugly cover. I loved the gal who designed it so much, but... wow. Fugly. I was a wimpy liar and said I loved it, and then I had to live with that fugly cover for several years until the book went out of print. Meanwhile, the German cover was kinda cool. (Sheesh. Germans, right?)

They always bring in top talent for the celebs, so my ghostwriting projects always have great covers. The paperback design for Rue McClanahan's memoir, My First Five Husbands, knocked my socks off. (As did the late great Rue.) I always made a point of asking questions, listening in on conversations, learning how choices get made and why. That was my opportunity to get schooled by the best in the biz.

As an indie publisher, I'm now responsible for my own covers. As with all other aspects of self-publishing, you have to either know enough to do it yourself or know enough to determine if the person you're paying is doing a good job. Good art/bad art is an entirely subjective matter, but there are certain fundamentals you can't get wrong.


The title must be clear and legible. That used to mean how it would reproduce in the newspaper; nowadays it means how it looks on a iPhone, Amazon widget or Facebook ad. Physical books come in all shapes and sizes; Kindles don't. A 4x6 ratio looks best on most ereaders, but you can cheat it a little wider if you want to show up larger on your Amazon page.

Think in thirds. A designer at a Big 6 publisher pinged a lightbulb over my head when he told me, "If a book is face out on a store shelf, the most likely place to be visible is the middle. If it's below eye level, the top third will be shadowed or obstructed. If it's displayed with a plate rail or shelf-talker, the bottom third is partially obscured."

We don't have to worry about that online, but the book-buying eye has been trained to look at books in thirds: middle first, top second, then the bottom.

Brand thyself. Because I moved from one publisher to another, my books were all designed by different people, so now that I'm gathering my backlist under my own wing, I'm thinking about how to make them look like a cohesive body of work. That's going to take some time and money, but it's important.

Which brings me to the big question: Does this book cover suck?

Seriously. I need to know.