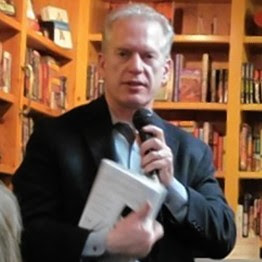 According to an obit in the WSJ: "Jeffrey Zaslow, a longtime Wall Street Journal writer and best-selling author with a rare gift for writing about love, loss, and other life passages with humor and empathy, died at age 53 on Friday of injuries suffered in a car crash in northern Michigan."

Zaslow was one of the most successful people in my particular neck of the woods (though I don't think he called himself a ghostwriter), best known as the smaller name on the book jacket. He was the co-author of Gabrielle Giffords's GABBY: A Story of Courage and Hope, THE LAST LECTURE, THE GIRLS FROM AMES, and several other bestsellers.

I'm a big admirer of what he accomplished and how he worked with his clients. This job is far more a personality type than it is a skill set, and "normal" writers (if there is such a thing) have no clue about the challenges it entails. After hearing Zaslow speak about how he approached this work, which is all about the personally creative act of facilitating someone else's voice, I held my head a little higher and (candidly) raised my fees accordingly. It's important work, when it's done right, and Zaslow set the bar high for the rest of us.

His own book, THE MAGIC ROOM: A Story About the Love We Wish for Our Daughters, was published about six weeks ago. According to Publisher's Marketplace, Zalsow was heading home after an event at McLean & Eakin Booksellers in Petoskey, MI Thursday night, lost control of his car on a snowy road and was struck by a truck.

I guess that's either the best way or the worst way for a writer's life to end. Depends on the turnout at the bookstore. I hope it was a good one.