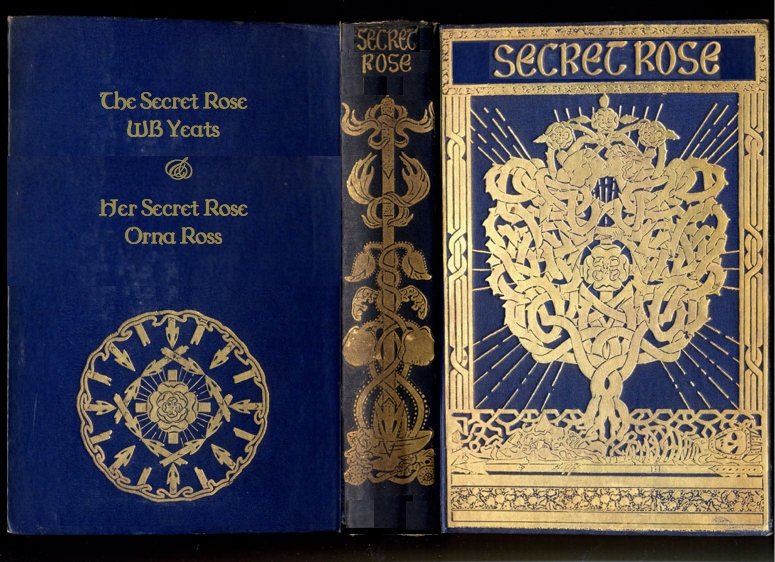 So excited to be traveling to Sligo, Ireland this summer to help celebrate the publication of WB Yeats short stories, The Secret Rose, and Orna Ross’s novel, Her Secret Rose, in a special edition replica of Yeats 1897 publication, which is being created with the help of Yeats fans, including yours truly.

The double book contains Yeats’s short stories from The Secret Rose (1897), and Ross’s long awaited new novel, Her Secret Rose (2015) that tells the story behind those stories, centring on the relationship between the Irish poet and his long time love and muse, Maud Gonne. An amalgamation of in-depth research, Ross’s award-winning writing and her reverence for Yeats’s poetry, drama and fiction (“I’m a super-fan,” she says), Secret Rose will launch at the Summer School at Yeats House, Sligo, on August 3rd 2015 at 5pm.

Says Orna Ross: “As an indie author, I work mainly in digital but for Yeats2015, I wanted to create a special print book and to bring these neglected stories to the attention of Yeats fans. It surprised me in researching the 1897 book’s publishing history to find out that WB Yeats was an indie author too, as we define that at ALLi: working closely with his friend Althea Gyles on the design and seeing himself as the creative director of the book, all the way through the publication process.”

Running until 31 May 2015, Ross’s crowdfunder offers a variety of rewards from £5 to £1,000, to satisfy all Yeats’s fans and book lovers. The project gives readers the opportunity to move closer to Yeats through attendance at the famous International Summer School programme in Sligo, or closer to Ross through her popular creative mentoring program. Also on offer is attendance live or online at the book launch in Yeats House, Sligo; a special night out and dinner with Ross and friends at the house of Damien Brennan, President of The Yeats Society; and a first edition of Yeats original book, with illustrations by his brother, Jack B Yeats. All supporters also receive copies of Secret Rose and a grateful acknowledgement of their contribution in supporting this unique literary project.

“I’m excited to be resuscitating these important stories for a new generation,” Ross says.