Bloom where you're planted (Fresh ink and yahrtzeit for my mother) 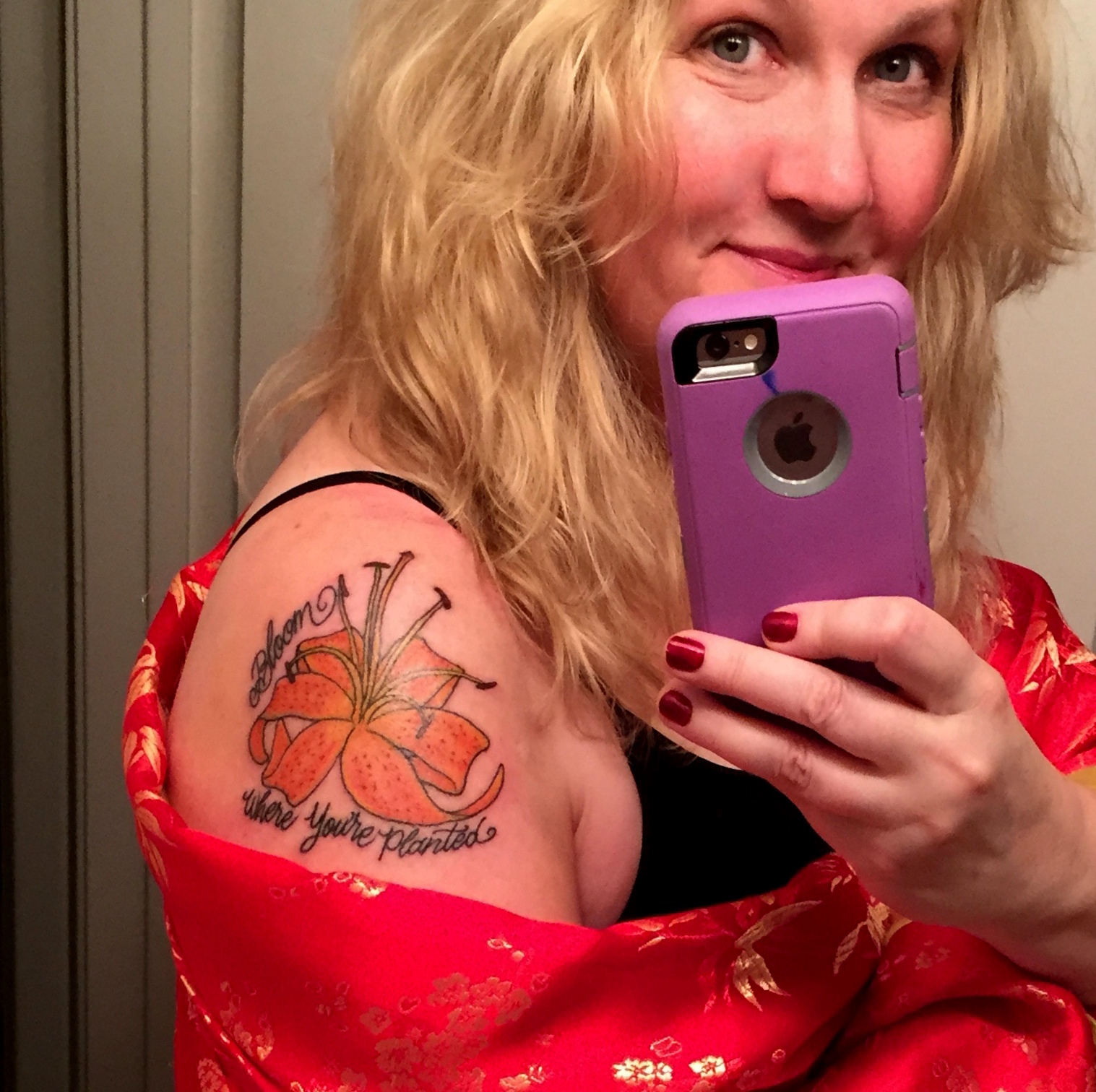 "I don't understand tattoos," Gary said yesterday. "I don't get what it is or why people feel the need to do it." Anyone who contemplates getting a tattoo should probably think that question through, in addition to contemplating the pain and money and huge risk that it could go awry.

The best explanation I could come up with: A tattoo is the karmic counterpart of a scar. A scar is (usually) an involuntary statement of the skin: "I was in this place and this thing happened, and I healed, but I am changed." A tattoo is elective, but it makes a similar statement. For whatever reason, the person feels the need to express: "I went to this place in life, and I am changed."

Even a stupid little Tweety Bird or ill-chosen tramp stamp is the branding of a moment, a scar left by rebellion. Not all scars are beautiful or worth the misadventure, but every one of them marks a lesson learned. Same is true for tattoos.

The topic came up because Jerusha and I had an appointment with artist Christina Sparrow (who also did my Shakespeare tattoo) to get inked in memory of my mom, author/historian Lois Lonnquist, who died March 27, 2014 of Alzheimer's.

In my quest to invent a religion that works for me (I call it Jewbuddhistianity), I've observed that Jews really do death right. You sit shiva to calm the chaotic moment and acknowledge how we're humbled by loss, and then you observe yahrtzeit one year later to honor the power of love that far surpasses the power of loss. 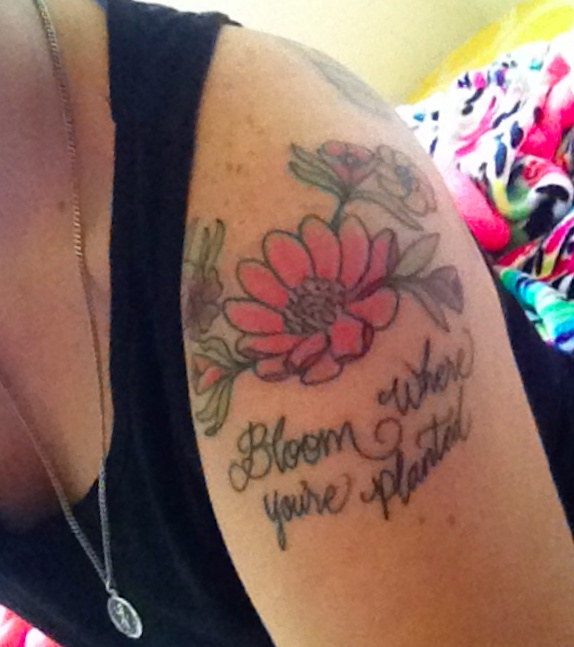 Yesterday was yahrtzeit for my mom. Her downward spiral was an exhausting trek, but for 75 years before that, she lived a vibrantly creative life of the mind. "Bloom where you're planted" was a keystone Momism she repeated many times while I was growing up. Even as a kid I knew it meant more than "pack your stuff, we're moving again," though that was frequently the context.

My mom embodied the greater meaning of that folksy little saw. She was a resilient survivor of a hardscrabble childhood, and time after time, throughout my life, I watched her make something extraordinary out of circumstances and opportunities that ranged from vaguely disappointing to downright punishing. She had the fortitude to till whatever earth she was given. She had the patience and wisdom to cultivate something better. She taught her six children the importance of being grounded and productive, not just in where you are, but in who you are. My tiger lily is a perfect avatar for Mom: graceful and determined with a just hint of volatile.

Jerusha opted for wild flowers. When I checked in with her this morning to see how her fresh ink was settling in, she texted back:

"I'm really happy. And I see Montana when I look at it. It's grandma's flowers and the coyote pillow and the couch/chair and saying goodnight to the Sleeping Giant. It's the spirit of all the time I spent with grandma and all the stories she told me about her life. I think that's why I like that it's a tattoo as well. It's so delicate and pretty and feminine, but to get that, I had to go through something painful that takes strength and endurance. It's a microcosm for the things I learned about grandma's life as I got older and could understand more about how she went from Fort Peck Dam to Humbolt Loop." 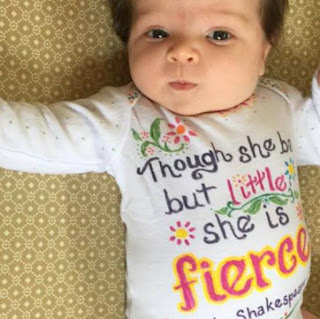 Update March 28, 2017: Three months ago, my tiger lily tribute to Mom took on a whole new meaning. Meet my lovely granddaughter, Lily. "Though she be but little, she is fierce."

Colleen Thompson said…
What a beautiful tribute. Thanks for sharing your journey, and I hope the fresh ink brings you many happy memories.
1:13 PM

Joni Rodgers said…
Thanks, Colleen. I had a wonderful day with Jerusha and artist Christina Sparrow. :)
3:04 PM

Thanks for sharing the life-affirming memorial tribute in words and pictures.
6:26 PM

Mamatha Sri said…
Nice work! Information on this blog is very useful and relevant for the users.You can also have a look your related on my website best tattoos shop in marathahalli
12:07 AM