Had to laugh this morning when I saw this Vox list of 30 times the novel has been declared dead, from 1902, when Jules Verne declared the novel had been replaced by newspapers, to 2014, when the death of the novel got its own Twitter. 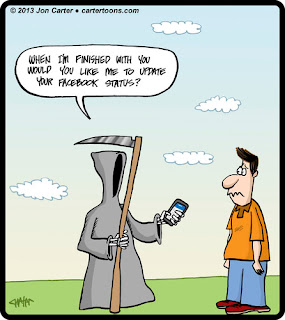 My humble opinion: it's literary criticism that's on the brink of extinction. The novel just has a severe case of gout brought on by a spavined publishing industry business model that just came into being within the past 75 to 100 years. Storytelling was around thousands of years before that, and it will be around as long as human beings cling to the planet.

To me, the most baffling thing about the "novel is dead" debate is how little is ever said about life support for authors.

Colleen Thompson said…
This made me laugh...all the way from the huge stack of novels piled in the corner to the even larger collection on my Kindle!
5:58 PM