Faster Than the Speed of Doubt 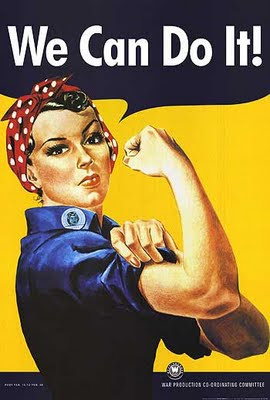 Over the past two months, I've embarked on my own personal, real-world version of NaNoWriMo. I had exactly ten weeks to complete one 55-60,000-word manuscript and write another, from start to finish.

Though I had nearly finished the first, this still gave me no time for dawdling, no time for days off, and not nearly as much time as I could have used for whining and gnashing my teeth. (If you ask my husband and critique partners, they'll undoubtedly tell you I managed to squeeze in plenty!)

It's also allowed me zero time for self-doubt, and no more than a few odd minutes here and there to fret over how I'd never before written anything so quickly and was bound to CRASH and BURN and DESTROY my career FOREVER. (My subconscious is a fourteen-year-old drama queen with a bull horn, I can tell ya.) Instead, I continued blazing forward, pushing out between seven to ten pages per day with very little opportunity for looking back and second guessing. And somehow - perhaps because I wasn't interrupting myself all the time - the story took on a life of its own, working behind the scenes to knit itself together with a whole lot less angsting and head-banging on my part than usual.

Which goes to prove that the daily writing habit, the one so many people are working so hard to develop this month, is an incredibly powerful thing. Is it the only thing? Absolutely not. But it's a draft -- a story to coax, massage, polish, and oftimes vacu-suck a lot of ugly fat from.

And someday, with a lot of help from trusted others, it might even get to be a book.

By the way, mine will be soon winging its way to my editor. Days ahead of schedule. So take THAT and shove it up your bullhorn, you doom-slinging 14-year-old drama queen subconscious!

Jeanna Thornton said…
Colleen...we all knew you would pull this off...your fourteen yr. old is pretty cute... as she teases you into ACTION!!! Congrats!!!!
5:01 AM

And yes, my internal editor is also a fourteen year old drama queen. I can relate. Totally.
1:21 AM

Colleen Thompson said…
Bwahaha on the SHEro (ugh) comment, Kathryn! Thanks to both of you!
7:38 AM