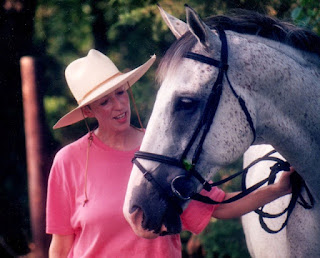 Delighted to introduce our newest BoxOcto crewmate, Luncinda Dyer. I can't improve on the bio she sent me (chick's in PR, and it shows) but I can add that she impressed the heck out of me with her seasoned, even-keeled view of industry trends, and I'm looking forward to hearing what she has to say about marketing, emerging authors, books she loves, and whatever else comes up in conversation.

From her press kit:
Lucinda Dyer has been publicizing books and authors since Oprah hosted a local talk show in Baltimore and authors (even ones who weren’t tabloid famous) were regularly invited to sit on the “Tonight Show” couch.

Over the last far too many years, Lucinda’s freelanced for all the usual publisher suspects and done national media campaigns for authors ranging from Pulitzer Prize winning reporters to eHarmony.com founder Neil Clark Warren and Arctic explorer Helen Thayer. She’s promoted non-fiction titles on everything from worm composting and homeopathy to UFOs, Dean Martin and the creation of the Thighmaster and novels about falcons, lost tribes, South American angst and a Texas cheerleader gone astray.

Before she accidentally stumbled into becoming a book publicist (a fairly convoluted story involving Shari Lewis, Lamp Chop, publisher Jeremy Tarcher and a move to Los Angeles) Lucinda did publicity for the Dallas Symphony and the Shakespeare Festival of Dallas.

After one too many earthquakes, she settled in Nashville with seemingly everyone from LA who didn’t move to Seattle. Lucinda is a longtime contributing editor at Publishers Weekly magazine and has recently become an author herself, turning her lifelong passion for horses into books -- Back to Work: How to Rehabilitate or Recondition Your Horse

and Eco-Horsekeeping: Over 100 Budget-Friendly Ways You and Your Horse Can Save the Planet

Kathryn Peterson said…
Welcome, Lucinda! We'll all enjoy hearing what you have to say, especially coming from a PR/editorial perspective! Thanks so much for joining us!
2:07 AM

Colleen Thompson said…
Lucinda,
I'm so looking forward to getting to know you and hearing your perspective on the sea changes going on in publishing. Plus, anyone who loves horses is all right with me!
8:23 AM