Trending much? Another small press scores a big award (but can they handle it?) 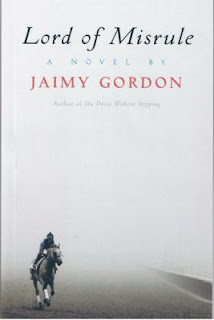 To be totally candid, I was more intrigued by last night's "Top Chef Just Desserts" finale than I was by the National Book Awards ceremony. I glanced at the twittering just enough to know that speakers were predictably verbose, Patti Smith was predictably fabulous, and another small press scored another big award when Jaimy Gordon's Lord of Misrule

It's a trending topic. Little engines that could.

. And more recently, Johanna Skibsrud's The Sentimentalists took the prestigious Scotiabank Giller Prize, having sold a grand 400 copies after it's release by teensy Gaspereau Press.

But here's a bit of a conundrum, as reported in The National:


An independent publishing house well known for its lovingly and painstakingly designed books, it is definitely a case of quality over quantity for the Novia Scotia-based publisher, which pressed a mere 2,000 extra copies of The Sentimentalists after it was longlisted for the annual prize. And with previous winners having gone on to sell tens of thousands of extra copies each as a result, Gaspereau Press's inability to publish more than 1,000 copies a week could prove to be a bit of a problem. Determined to keep its integrity intact, Gaspereau has also revealed it had turned down offers from several bigger publishers to help cope with rising demand for the book.

My initial reaction is that this small press is screwing their little author. Big time. Limping out with a thousand copies a week, they were killing what could be the greatest opportunity of her career. (I'm reminded of a friend whose novel was being vetted by Oprah's book club in the late '90s. The tiny lit press who published it turned up their nose at such a crassly commercial idea, declined to print the required number of copies, flat out refused to provide the 300 free copies for the Oprah studio audience, and rejected a big publisher's offer to step in and capitalize what would effectively be the corporate startup of this author's brand.)

But on second thought, I get where Gaspereau is coming from, and it does rub me the wrong way that a big publisher should sweep in and make boocoo bucks off a book for which they were unwilling to take the slightest risk. It trains them to headhunt authors from small presses instead of actually investing in old school author/editor partnerships.

So what may we extrapolate from all this?
1. Small presses rock. They are the future of fiction that doesn't involve vampires and the last hope for us so-called "midlist" authors who've been dumped on the Island of Misfit Toys by the big publishers who launched our careers.

2. Big presses still hold the key to distribution. But I see ebooks as an opportunity to change that. At the very least, The Sentimentalists should have been immediately available on Kindle and Nook. The catch is training readers of road-less-traveled fiction to seek it out in digital platforms when the vast, vast majority of ebooks available now are self-published, unedited, amateur schnauzer crap.

The happy ending for Skibsrud is that Gaspereau was blasted with harsh criticism for their constipated take on literary integrity at the expense of the writer, and they sold Canadian paperback rights to Douglas & McIntyre. She was quoted as being "really pleased" with the deal (Canadian for "elated"), and 30K copies are scheduled to ship tomorrow. Where there's life, there's hope.