If This Doesn't Inspire You, Nothing Will: A Conversation with American Book Award Winner Jericho Brown 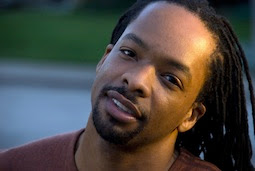 In keeping with Jerusha's fabulous posts on National Poetry Month, we're going to be interviewing several poets in the coming weeks and discussing their work. For our first poet, we welcome Jericho Brown, whose debut poetry collection, Please drew immediate attention all over the world, garnering him the Whiting award, an NEA fellowship, and the 2009 American Book Award. Introducing Jericho is a little like trying to introduce God. There's so much presence and power there, you just want to get on out of the way. That said, here he is. Prepare to be wowed.

In PLEASE, you incorporate snippets of music and echoes of legends, all the while mixing in bits and pieces of your own background and life. Where did you get the inspiration to bring all these elements together, and what resonance does music have for you?

Through metaphor and music, poems collapse time and space, make present what only seems to exist in memory with transformative clarity. I never thought of bringing the elements you mention together as anything other than my job as a poet. I think a poet should write about that by which she is wracked. I love a lot of popular music, so making use of it as subject matter or as artifice wasn’t an idea I got from anywhere; it was my responsibility.

I love music because it makes me think and feel alive and wonder. It makes me reconsider what talent is and can be. It provides me with a set of metaphors that I use to understand other art forms—including my own writing and revising.

Some reviewers have commented on how your work is a beautiful walk between darkness and light. Was that balance intentional on your part, or is it just something that flows from your soul?

Hmm…when you put it that way, I wonder what flows from anyone’s soul other than darkness and light, Kathryn. I think art manages to capture the contradictory aspects of being a human being…or maybe that’s just a defining characteristic of the art I admire most. I know that words on hallmark cards aren’t art because they mean to be all light. I know the words out of the mouths of men beating their wives are not art because they mean to be all darkness. So yes, the balance is intentional, but it’s intentionality shouldn’t be as special as reviewers of my work may make it seem. Maybe the comment they really mean to make is that the balance isn’t there in enough of contemporary American poetry, that this is how poems of late fail us. If they think my poems succeed in that way, I am grateful, but I don’t see any other way to succeed.

Your work has, just out of the gate, received an overwhelmingly positive response. How has this affected your creative process, and do you see it changing as a result?

There’s the easy answer to this that would assure me continued positive response, and then there is the honest answer. Both answers are true.

The easy answer, what I’m supposed to say, is that I’m quite surprised that so many people from so many walks of life and varying backgrounds enjoy and champion my work. In this answer, I should also say that, while I know current response is positive, it says nothing about whether or not the work will actually last beyond my life and that the immortality of the poems is what’s most important to me. 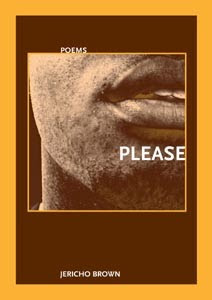 The honest answer, the one that makes those who confer positive response nervous, is that this is just what I wanted and feel that I was working toward as I aligned words on the page and none of it is yet enough. I want people to read my poems and love them and send me the emails of praise they send about them. I also want some sense within my lifetime that my work changes the way some people think about literature and that my work changes the way some people think. I believe in poetry—that it can make things happen and that it doesn’t have to wait until anyone is dead to get started at its labor in doing so.

Both the easy and the honest answers to the first part of your question live in my mind like an old married couple who still like to make love. As for the affect any positive response has had on my process, I have to say that there’s little I can’t do when people believe in me. I always feel like a person in the world who managed to get a great deal done without the emotional or financial support of my parents, so any kind of encouragement makes me go to bed later and wake earlier because I feel responsible to more than myself. I don’t want to make a liar out of anyone who says that Jericho Brown is a good poet, and I won’t make a liar out of my 23 year old self who said this will be my life, my living, my source of integrity to which I shall forever be true.

Unknown said…
Deep. I will have to read it thrice more just to savor the depth and color of it all. How awesome to have a conversation with someone who speaks with such beautiful depth and clarity!
11:16 PM

Joni Rodgers said…
Great interview! Thanks so much for your time, Jericho.
1:01 AM

Anne Haines said…
This makes me want to go back and reread his book, which I first read some time ago. And it makes me eager to read whatever he comes up with next.
8:41 AM

Unknown said…
Like interviewing God? That's a bit weird.
11:23 AM

Kathryn Peterson said…
Yes, I'm eager to read Jericho's next work, too, Anne. And if you can get a chance to hear him read in person, definitely do.

And Dan--not "interviewing God," and not "Jericho=God," (ha, he'd be mortified!), but more like you know when there's someone whose personality just has so much force that you realize there's greatness there, a raw and potent power that's humbling? Like that. :)
2:37 PM

Kathryn Peterson said…
And thanks so much Jericho--that last sentence is so motivating!
2:40 PM