It's about the stories. (Why I LOVE the Women Writing Women box set) 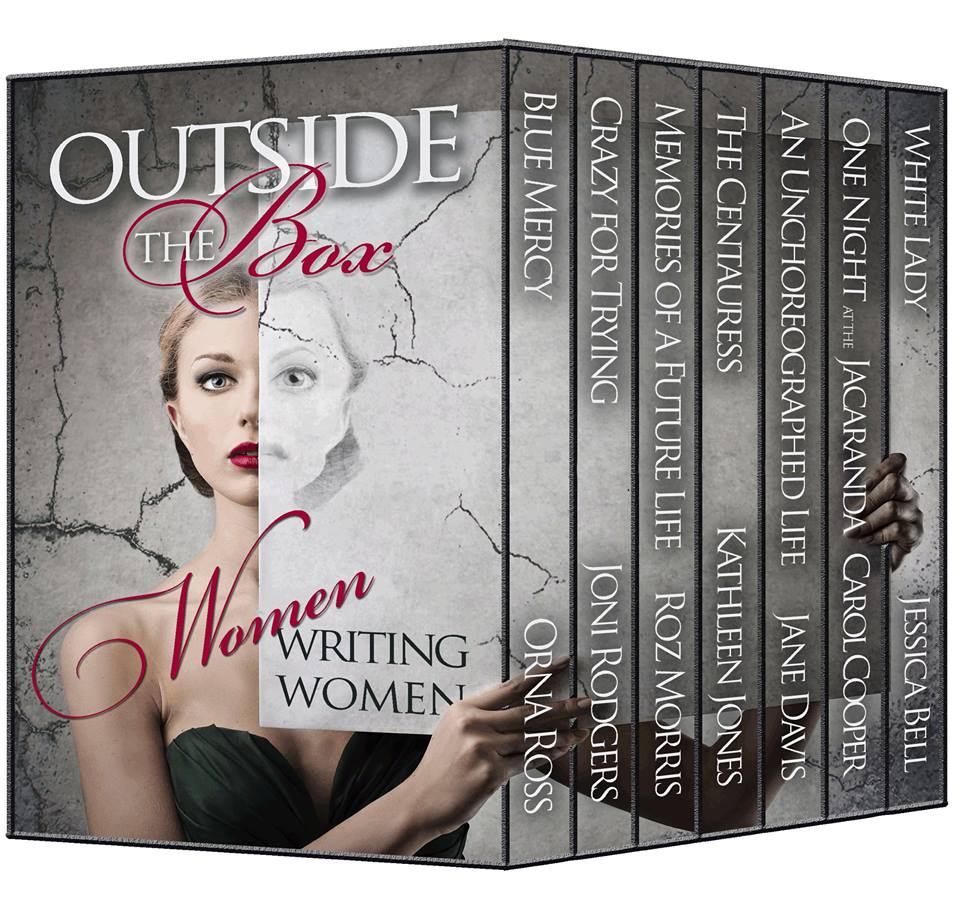 Two things I'm quite jazzed about this month: 1) BoxOcto, which has been patiently snoozing on the seafloor the past few years is reawakening. And 2) I was invited to collaborate with six other authors in Outside the Box: Women Writing Women, a limited edition box set of top tier, genre-busting novels featuring strong, idiosyncratic women protagonists. Et voila! The digital box set launches today and will be available worldwide until May 24.

At the risk of sounding all infomercial ("Save 75% off the total price of individual ebooks and up to 90% off original hardcover prices!"), if you're a book-a-week consumer like me, this is a fantastic deal: seven full-length novels for $9.99, which is why we're offering it for only 90 days. If you're a book club, it's an amazing deal, because we're talking three seasons of beefy issues for knock-down-drag-out discussions.

The novels are all what you'd call general fiction or accessible literary fiction, but that's because the industry has never quite known what to do with writers like us. Our stories don't obey the formula rules of genre fiction. Our characters jump the turnstiles and behave like--well, like real people: incorrigible, flawed, heartbreaking, beautiful, angry, lovestruck, hilarious and full of possibility.

There's been international buzz about indie ebook bundling in general and how unusual we are because most of us have been successfully published by big houses in the UK and the US, some have won some very spiffy awards, and we've all gotten big critical kudos from the blogosphere as well as Kirkus, PW, NYT and other usual suspects. For some folks, traditionally published authors going indie is as unthinkable as a group of women coming together and making it all "Band of Brothers" with zero "Real Housewives."

But here's what thrills me most about the project: in the midst of industry-wide obsession with marketing, we're all about the stories. The authors in this group write in a range of styles; our common core is devotion to the craft of storytelling. I loved and can personally recommend every one of these books (I'd already read most of them before I was invited to join the box!) so it's a trip to be in this great company.

In my video review of Orna Ross's Blue Mercy a couple years ago, I raved about how bell-ringingly right she'd gotten the dynamics of an intense mother-daughter conflict between Starr and her mother, Mercy, who stands accused of killing her tyrannical father. The Irish Independent called it "a complex tale of betrayal, revenge, suspense, murder mystery — and surprise...John McGahern meets Maeve Binchy." Meanwhile, Bookseller Magazine named Orna (who founded the Alliance of Independent Authors) one of the 100 Most Influential People in Publishing in 2013 and 2014. She's an amazing force in the book world and one of my favorite authors. Warning: Book clubs, bring boxing gloves!

I loved Roz Morris's My Memories of a Future Life so much, I revisited recently via the audio book and loved it even more. It's a beautifully imagined novel about a pianist whose career is derailed by excruciating pain in her hands. Her quest to cure herself with a popular past life regression therapist takes her on an unexpected journey into the future. For Books Sake raved: "Stylish, classy writing...profound ... page-turning." I totally agree! Roz is a multi-million-selling ghostwriter who teaches a fiction masterclass for Guardian, and her mad skills shine through in her fiction.

Kathleen Jones is a Royal Literary Fund Fellow who also writes for the BBC. Her novel, The Centauress, follows bereaved biographer Alex Forbes to war-torn Croatia, where she finds a mutilated photo and a cache of stolen letters that set off an extraordinary web of passion and betrayal. Kathleen's deeply thoughtful writing has a quiet grace that kept me immersed in the book, and the plot is so skillfully spooled, the pages fly by. Debbie Bennett called it "utterly gripping"--and I agree. This is a book you'll likely be thinking about for a long time, and every time it comes back to you, you'll go, "Ah! She got that so right..." Gotta love a book that manages to make its way into your heart and mind that way.

I'll confess, I bought An Unchoreographed Life by Jane Davis (winner of the London Daily Mail First Novel Award) because I loved the cover. It promises an extraordinary vision, and the book delivers with fluidly gorgeous writing and a heart-wrenching story about a ballerina who turns to prostitution when she becomes a single mother. It layers research and talent with a thinking woman's insight into that something more that elevates a good book to an excellent book. Book Muse called it "brilliant and cleverly written," while Cult Den kvelled about the "extraordinary level of emotion and superb storytelling."

Dr. Carol Cooper is a London-based journalist, award-winning non-fiction author and practicing physician. Her novel, One Night at the Jacaranda, is a totally delightful surprise. She writes with the intelligence, compassion and precision of a family doctor, spinning a story that's compulsively readable--and I'm talking Bridget Jones or Fault in Our Stars readable. The premise is brilliant: what happens to a group of soulmate-searching speed daters when one of them is terminally ill. The Sun calls it "a blinder of a tale"--and I'm guessing that's British for "un-put-downable."

I expected a lot from Jessica Bell, not just because she's the Publishing Editor of Vine Leaves Literary Journal or because this whole Women Writing Women thing is her brainchild--I mean, c'mon, she's an Australian musician/performance artist living in Greece. Aesthetics are oozing from her pores after her daily yoga practice. Her novel, White Lady, brings the voice of an extraordinary artist to a plot that would be right at home on the big screen: the unfaithful wife of a Melbourne drug lord has a thing for sharp objects and daydreams of slicing throats but is tasked with rehabilitating herself as a “normal” mother and math teacher. Complications and a great book ensue.

And then there's me. I was thrilled when Jessica asked me to contribute my first novel, Crazy for Trying, which was originally published by MacAdam-Cage and short-listed for the Barnes & Noble Discover Award. It was a pleasure revisiting Tulsa, a zaftig late-night disc jockey in 1970s Montana, and her mother Alexandra, a radical feminist poet. I'd forgotten how funny this book is and that an secondary storyline in the book has become freshly relevant. When Alexandra dies of ovarian cancer, Tulsa is still a minor, and the only family she has is her mother's longtime partner--the woman Tulsa has always called "Mama"--who now has no legal standing in Tulsa's life. Revisiting the story gave me a chance to restore some of the original manuscript, which I had cut back then on the advice of agents and editors who told me that this storyline made the book "offensive to a lot of people" and therefore unpublishable.

I don't regret doing what I had to do to get the book published by a prestigious literary press, but I'm thrilled that I'm calling the shots now, so the book has the benefit of both old-school publishing values and new universe artistic values. Which is something you could say about all the novels in Outside the Box: Women Writing Women.

Colleen Thompson said…
These sound like such wonderful stories! Will be nabbing mine for sure!
1:27 PM