Two of my fabulous girlfriends are at the Tonys! 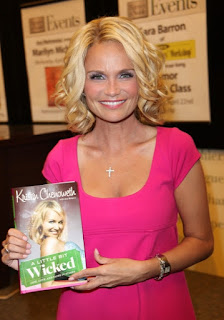 One you may have heard of: Kristin Chenoweth brought me in to collaborate on her hilarious memoir, A Little Bit Wicked, a few years ago, and we've been friends ever since. She's currently blowing the doors off Broadway in On the Twentieth Century and is up for Best Performance by an Actress in a Leading Role in a Musical. She's also hosting, because...Cheno.

My other Tony girl is my longtime pal Marianne Adams, director of education at Grandstreet Theatre in Helena, Montana, who was shortlisted (top three of over 4,000 nominees) for the Excellence in Theatre Education Award from the Tonys and Carnegie Melon University.

Marianne and I became friends almost 30 years ago when we appeared together in Crimes of the Heart as Babe (MA) and Lenny (me). Marianne started teaching at Grandstreet Theatre School shortly after that. Over the years, she's made GST a safe, welcoming home for thousands of artsy, smart, interesting, misfit, hyper, hipster, creative kids from preschool to college.

Marianne was nominated by her students and coworkers who'll be glued to the Tonys broadcast on CBS tomorrow night, hoping to catch a glimpse of her in the red carpet. 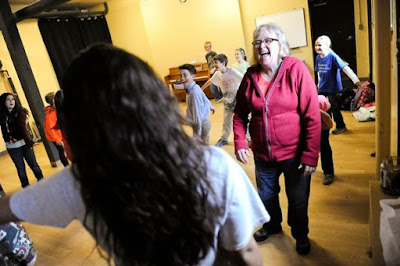 I'm ecstatic that the Tonys will be honoring a teacher from a small town in Montana alongside the biggest stars on Broadway. Theatre, like publishing, is a lot more than just what happens in New York. As in publishing, there's a lot going on behind the scenes, and the people who work backstage often go uncelebrated.

The fact is Kristin and Marianne are a lot alike: both powerhouse talented, completely dedicated to the art of theatre, enormously giving, loving, intelligent and generous. They've both spent their lives learning, performing and mentoring. They're both hilarious, and I can't imagine my life without either of them.

Break a leg, Kristin and Marianne!