The Coolest Part of Being a Writer 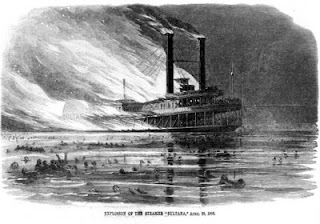 Most writers are inquisitive sorts, the kind who as children wore out adults by asking endless questions, annoyed (and occasionally outraged) Sunday school teachers with paradoxical what-ifs, and Hoovered up every factoid from the school and public library, then bugged the librarians (remember when they used to know *everything*?) with still more curiosity.

So it should come as no surprise that so many of us enjoy the bejeebers out of playing the writer card. You know, the one that gives us carte blanche to ask a million nosy questions in the name of research. And amazingly, people are rarely annoyed by this. Most experts have a passion for their own interests, and having long since bored their personal circle of family and friends into insensibility, are absolutely *thrilled* when some writer writes, phones, or e-mails and asks to pick their brains. Sometimes, in the course of asking one minor question for a smallish detail in one's novel, the writer will end up having to listen to years' worth of dammed up anecdotes and lectures.

But no problem. We're fascinated, captured by the speaker's enthusiasm for his/her subject. I once spent three hours on the phone (long distance, daylight hours, huge phone bill) with an elderly gentleman who was telling me about all sorts of cool arcania about Civil War-era steamboats on the Mississippi River. After while, I began to imagine that this guy had been hanging on by his toenails, actually staying alive just for the day when someone would call and ask about his lifelong passion. Little of what he told me ended up on the pages of the book I was researching at the time, but one of the more obscure details stuck with me... and eventually spawning its own book some time later. (In case you're curious, my two Civil War-era steamboat disaster-related Zebra Historical Romances, Against the Odds and Trust to Chance, were written under my Gwyneth Atlee pseudonym in 2001.)

And that's the way of expert interviews, just as it's the way of long stretches of browsing through dusty shelves of research books. You never know what gems you'll happen upon during your investigation. Writer who rely solely on Internet search engines often miss the joy of incidental discoveries.

As well, they miss one of the coolest aspects of the writing life.

So what's been the most fascinating incidental or accidental discovery you've made while doing research? Who have been some of the most interesting people you've encountered?

"Prelapsarian" is the latest creation in the "lapsarian" family, which is etymologically related to Latin "lapsus," meaning "slip" or "fall." "Supralapsarian" is the firstborn, appearing in 1633 as a word for someone who held the belief that people were predestined to either eternal life or eternal death before the Creation and the Fall (the event in the Bible when Adam and Eve were forced to leave the Garden of Eden because they had sinned against God). Next in line is "sublapsarian," which refers to a person who adhered to the view that God foresaw and permitted the Fall and after the Fall decreed predestination to eternal life as a means of saving some of the human race. That word first appears in 1656 and was followed by its synonym, "infralapsarian," in distant 1731. "Postlapsarian," meaning "of, relating to, or characteristic of the time or state after the Fall," appeared two years later, and "prelapsarian" was delayed until 1879.
2:00 PM

Suzan Harden said…
Umm... How about trying to convince the good folks at the Clarke County (Las Vegas) Morgue that no, I'm really not planning to break in and steal bodies when I ask about their security measures?
9:53 PM

Unknown said…
LOL, Suzan! You made me laugh.

I once called a county sheriff about his jail's security, and he told me more than enough to comandeer the building. I guess I sound more like a mild-mannered, teacherly writer than a love-lorn prison escape conspirator.

TJ Bennett said…
I stumbled across the origins of the word "red-handed" while doing research for my 16th c. historical, THE LEGACY. I learned that a special kind of lock box that eventually came to be called an Armada chest was often designed with a false lock set in the front that had a lacerating blade hidden inside. If someone tried to open the chest without the proper key (by sticking a finger in the latch mechanism and pressing down), the blade would snap on the thief's finger, holding the culprit in place until he could be discovered by the chest's owner. The would-be thief would literally be caught "red-handed," since his finger would be lacerated to the bone and he would be all bloody from the blade. That cool little factoid made it into the climax of the book.

Unknown said…
TJ-
I remember that from your book but didn't know the "caught red-handed" origin. Fascinating!