Claudia Sternbach's path to publication continues with Chapter 6: Out the Door 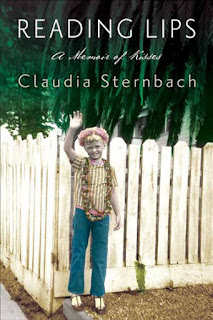 Another installment of Claudia Sternbach's continuing adventure from brainstorm to bookshelf with her forthcoming book Reading Lips: A Memoir of Kisses

Well. I didn't see that coming. For almost eighteen months I have known that the release date for my book, Reading Lips: A Memoir of Kisses, was April 5th, 2011. This is what my contract from Unbridled Books stated. So, when during the first week of March I received an email from one of my sisters telling me how excited she was that she had received notification that her copy of my book had been shipped, I was surprised. After all, my copy had not been shipped. And wouldn't be for quite a while.

I emailed my publisher and politely asked, “WTF?”

“Amazon,” he replied. “Once a book lands in Amazon's big old storeroom they begin shipping. Filling orders before the official date of publication.”

“But,” said my publisher, “I will overnight one to you so your sister won't get the book before you—the person who wrote the book—do.”

I was happy. Except for the fact that I thought I had a few weeks before I would actually hear what my sisters thought of what I had written. I fully realized this would happen at some point, but it felt like the time I popped in to the doctor to discuss a possible surgery and within the hour was wearing an open-in-the-back cotton gown and being wheeled on a gurney down a hospital corridor.

Perhaps it is better this way. Just grab the corner of the band-aid and let her rip.

There is something rather surreal about opening a package and finding a book inside written by yourself. I had been working at my desk when I heard a knock on the door. I ignored it as I was not in "receiving company" dress. It was, after all, only a bit before noon and any self-respecting writer is still in her pajamas at that hour.

After waiting long enough to hear what sounded like a UPS truck drive up the hill I opened the front door just a crack. There was a small package lying on the Welcome mat. I reached out with one flannel-covered arm, snatched it up, and closed the door. Then sat on the floor staring at it.

This is the second time a UPS driver has delivered a book I have written. The last time I happened to be dressed—it must have been late in the day—and I answered the door. A uniformed deliveryman stood there with a carton in his arms. Recognizing the return address I began to bubble over with excitement, certain I was scaring the guy dressed in brown from head to toe. I suggested he wait right there on the porch while I opened said box. Then I pulled a book from the carton, held it up proudly and said, “I wrote this!”

There was a photo on the cover of a naked breast, not mine but how could he know, and he turned a lovely shade of red. Rather like Friday-night lipstick worn by women deeply interested in being noticed across a smoky room.

I asked his name and signed a copy for him. Gifting him whether he wanted to be gifted or not. About an hour later my husband, Michael, called me from the tractor dealership where he works to tell me that a UPS driver had just stopped in with a case of tractor parts and told him about the crazy woman with the naked-breast book.

So, I sat quietly on the floor. Then opened the package and there it was. The shiny new book. My book. And just a few days later an entire box of them arrived. The driver, I assume hoping to avoid embarrassment, just delivered, knocked and ran.

And both of my sisters have weighed in. It's all good. I have not been voted off the family island.

Kathryn Peterson said…
Love this, Claudia! I can't wait to hear the next installment. These are like nectar! :)
2:43 AM