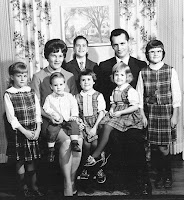 My sisters are the authors of me in more ways than they will ever know. When I was little, I toddled after them, longing to be included in the secret, fabulous lives I was convinced they must live while I was sleeping, and that hasn't really changed. Linda is the crusader, Diana the adventurer, Jas the procedural genius. Their style, grace, wit, and creative genius with everything from computers to Campbell's cream of mushroom soup still intimidates and inspires me. The books they've shared with me have influenced me as both a reader and a writer, so I wanted to share a few of their favorites. 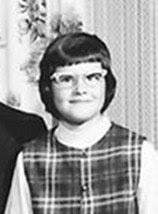 A problem solver by nature, Linda loves a good mystery. She cut her teeth on Trixie Belden books and graduated to Agatha Christie. A strong conservative Christian, she says the Bible is the book that has most influenced her, of course, specifically the writings of Paul. She loves the boldness of his stories and identifies with his driven nature. Having home-schooled her four children and worked in a children's bookstore for several years, Linda has an encyclopedic knowledge of children's lit. She reads tirelessly to her grandchildren (who are, if you ask me, the luckiest grandkids on the planet.) A current favorite: When Pigs Fly by Valerie Coulman, illustrated by Roge Girard. "It's about a cow named Ralph, who wants a bike. When everyone tells him cows don't ride bikes, he says, 'Well, not yet.' His father tells him that he can ride a bike 'when pigs fly.' So Ralph figures out how to make that happen.

I asked Linda if any one book on grieving or loss that had been especially helpful to her after the death of her husband, and she said she would recommend Will I Ever Be Whole Again: Surviving the Death of Someone You Love by Sandra Aldrich. "It's a spiritual yet extremely practical guide to widowhood that tells you what you need to know instead of trying to tell you how to feel." A book I loved and recommended to Linda is The Year of Magical Thinking by Joan Didion, which is not about widowhood so much as it is about the stories we tell ourselves in the falling silence of loss. 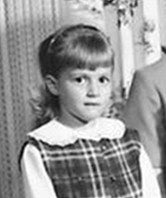 Diana's taste in books always ran to the classics. She particularly loves Charlotte Bronte's Jane Eyre for its "marvelous dialogue and beautifully articulated sentiments with a feminist story line" and The Good Earth by Pearl S. Buck, because "There are foreign countries, and then there are really foreign countries. Buck's stories of China open this country up to westerners." Having spent three transformative years in the Peace Corps in Gabon, Diana says The Poisonwood Bible by Barbara Kingsolver is "the best depiction of Africa I've ever seen. Usually people think of sweeping vistas and loping, exotic animals. This book talks about the smell of rotting wood, the trees fighting for the sun, and the real price of the diamonds and cotton people wear so casually."

I asked Diana, "What's you're favorite book about sisters?" and she surprised me by saying, "Gone With the Wind by Margaret Mitchell. It's really about Scarlet's relationship with her sister-in-law, Melanie. Then there's the animosity between her and Ashley's sister, India. And Scarlet even marries her own sister's beau. You really don't get the fullness of that from the movie. You have to read the book." If you asked her about the best book I've sent her way recently, she would say The Time Traveler's Wife by Audrey Niffenegger. "This book creates its own reality—like any good science fiction—and then weaves a wonderful story into it." Or she might mention The Remains of the Day by Kazuo Ishiguro, which takes you inside the orderly world of an English Butler and examines the compelling question: What constitutes a wasted life? 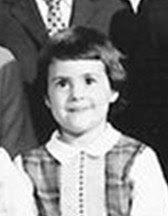 Since Jas started writing seriously a few years before I did, she blazed a trail for me and provided me with some valuable resources, including my first copy of that essential sledgehammer in any writer's tool shed: Writer's Market, a comprehensive listing of American book and magazine publishers, along with helpful articles on breaking into print. "Don't be cheap," she told me. "Buy a new one every year." And I repeat that advice to every aspiring writer I meet.

Jas also turned me on to Writing Down the Bones by Natalie Goldberg ("Handwriting is more connected to the movement of the heart. Yet, when I tell stories, I go straight to the type writer.") and Anne Lamott's Bird By Bird: Some Instructions on Writing and Life ("We are a species that needs and wants to understand who we are. Sheep lice do not seem to share this longing, which is one reason they write so very little.") Both authors are passionate about the art of writing, diligent about the craft, and savvy about the business. The same can be said about my sister.

Colleen Thompson said…
Thanks for sharing this, Joni. There's nothing like a sister!
12:00 PM

CLL SPOUSE said…
I don't remember how I got here. I linked from one blog to another and then suddenly....but I really enjoyed this post, was reminded of some of my favorite books and have made a note to check out some others. I love your attitude toward your sisters as you write here.
6:18 AM

vjc said…
I enjoyed this post very much. Partly because, like Linda, I began with Trixie Belden before moving up to Agatha Christie and partly because the photo of Diana looks very much like my sister Diane. It brought back some great "sister" times that we've had.

Glad to see too, that someone is reading "When Pigs Fly" with their grandchildren. That always makes me smile.