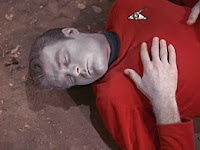 One of the weaknesses I often notice when judging unpublished manuscripts in blind contests has to do with characterization. Or lack of characterization, I should say. Dialogue in particular should not be interchangeable. Each character, even the most minor, should have his or her own voice.

As I'm working on my latest novel, I've noticed a need to go back and work on a pair of brothers I've developed. The trouble? I haven't differentiated these two minor but recurring characters from each other.

Doesn't work for me. After all, how many times have I heard friends with multiple kiddos (I have only one) exclaim, "I can't believe those two came from the same raw ingredients!" How many times have I seen, when I taught middle schoolers, siblings who couldn't be more different? Even when I've owned dogs with similar stats (same breed, gender, age), their personalities have been remarkably different.

We owe each of our characters no less uniqueness. Let the mantra for the day be: "No character is secondary in his/her own story, and no mother ever raised her kid to be a redshirt."

So I'm off to do some editing... and build a little character.

Anonymous said…
I was a huge Star Trek fan in the early 70's and never figured out the red-shirt thing! Wow. We learn something new every day.

Colleen Thompson said…
I'd heard such stock characters called "spearholders" (from Shakespearian plays) long before I ever heard of redshirts. But I love that one, since I was once a huge Trekkie.