What a tangled web we weave (or at least we try) 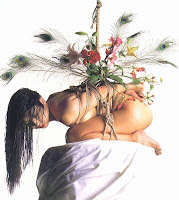 The Roman emperor Marcus Aurelius. The kinky art of shibari or "beautiful bondage" from Japan. The early music of Radiohead. The actual quantity of blood involved in the exsanguination of a 160 lb man. These are just a few of the interesting little side roads I explored while researching details woven into the novel I just finished.

One day as we swilled coffee, Colleen suggested I nuance the bondage stuff with a subtle spider web motif, and by the time I reached the end of the book -- the most intricately plotted story I've ever even thought of attempting -- I realized that's what I'd been doing all this time. Spinning a web in which I hope to tangle the reader's curiosity. If there's a hole, it's gapingly obvious. No loose ends allowed. I learned a lot.

Halfway through the process, I came upon these wise words from The Meditations of Marcus Aurelius (whose birthday happens to be today):

I've posted the quote under the wise words of my editor at Harper Collins. Several years ago she told me to put up this sign on my office wall: 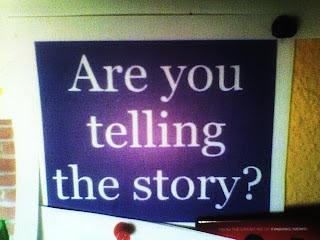 I've been thinking a lot about the spider motif, since it also figures prominently in my work in progress (and its cover). Today at the convention, I bought myself a really nifty spider pin to remind myself.
9:27 PM