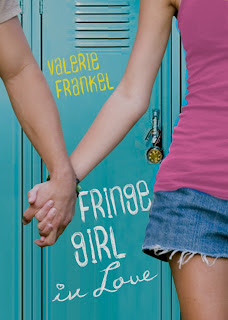 The prolific Valerie Frankel is touring the Girlfriends Cyber Circuit with not one but two books this week.

Fringe Girl in Love, for the YA audience, is a sequel to Frankel's well-buzzed and widely loved (duh!) Fringe Girl. I Take This Man is about "a bride, a groom, her mother, and his father. Sex, kidnapping, wedding cake and a cabana with a towel warmer. Who could ask for anything more?" 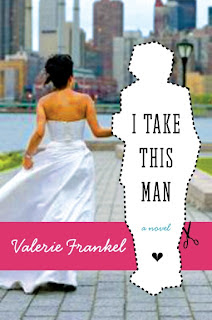 Val is a Brooklyn mommy who writes around two daughters and appears to be handling the balancing act with panache. Meg Cabot, author of The Princess Diaries, says, “Valerie Frankel cracks me up! Kooky, sexy, and downright hilarious.” You've seen her stuff in O, Glamour, Allure, Self, and Parenting as well as the New York Times Style section. She's written thirteen novels thus far, including The Accidental Virgin which has been optioned to become a movie starring Heather Graham, Smart Vs. Pretty, optioned to be made into TV show, and The Girlfriend Curse, nominated for a Quills award.