Who was Steig Larsson? (The story behind the man behind The Girl) 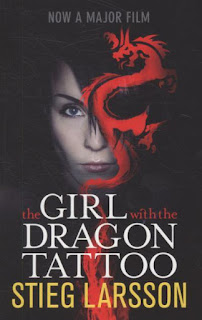 Since Steig Larsson's posthumously published trilogy became a blockbusting phenomenon, there's been much speculation about the author, his life, his death, the dark themes in of sexual violence and political corruption in his books. Yesterday in the Daily Mail, Larsson's friend, Kurdo Baski shed some light on the story behind the Girl Who books:


A year after Stieg's death from a heart attack, the journalist in me was still asking questions. No human being is capable of working as hard as he did. Did he do it to achieve ambitious goals or was it a form of escapism? Stieg had so many secrets - the most extreme was the trilogy that he wrote at night. That was unusual enough, but stranger still was the fact that he waited to complete three thumping great novels before submitting them to a publisher.

One interesting tidbit in the article: Larsson's original title for The Girl with the Dragon Tattoo

was Men Who Hate Women, and he refused to change it on the original Swedish edition. And you'll be comforted to know, me hearties, the trilogy was roundly and soundly rejected before it found the right publisher. Click here to read the rest.

Colleen Thompson said…
I'm not all that surprised it was initially rejected. The backstory on Book I is enough to choke a horse. But those with the patience are very well rewarded. I truly wish that Larsson had lived to see his trilogy's incredible success... all because of a misanthropic little powerhouse named Lizbeth Salander.